“Rather than using the documentary form, the essence of documentary filmmaking consists in the ability to bring that form to life and offer it up to posterity, without compromising its artistic impact.”

The book collection of the Center for Documentary Film is comprised of over 1400 specialist publications, catalogues, encyclopaedias, periodicals, overviews and articles. It is intended for the purposes of on-site study, improvement of knowledge and research not only in the area of documentary film, but also in other spheres of art, culture and social issues. . The collection is accessible to the general public and is continuously updated with new titles.

The shelves to the right of the entrance to the Center for Documentary Film serves as a reference library and an introduction to various areas of art, media, culture and social affairs. Here you will find key publications from the individual sections of the CDF’s library collection.

These publications are listed in the library database under call numbers starting with the letters DO.

You will find some books are marked with the symbol of a funnel on their spines across all of the library sections. Guests of the Center for Documentary Film and other personalities of the Czech and international cultural scene are given the opportunity to recommend their favourite books to the visitors of the CDF. You too can find out which books influenced the work of prominent artists!

The CDF’s library collection is organized in several basic categories. Each book is marked with a call number that will guide you to thematically relevant book shelves. Within the individual sections, the books are arranged in an alphabetic order according to their author’s surname. All required information needed to locate a particular publication is available in the electronic library database.

Call numbers and thematic sections of the CDF’s book library

New documentary ecologies: Emerging Platforms, Practices and Discourses
Providing a unique collection of perspectives on the persistence of documentary as a vital and dynamic media form within a digital world, New Documentary Ecologies traces this form through new opportunities of creating media, new platforms of distribution and new ways for audiences to engage with the real.
Hollywood vault
Hollywood Vault is the story of how the business of film libraries emerged and evolved, spanning the silent era to the sale of feature libraries to television. Eric Hoyt argues that film libraries became valuable not because of the introduction of new technologies but because of the emergence and growth of new markets, and suggests that studying the history of film libraries leads to insights about their role in the contemporary digital marketplace.
Projecting Canada: Government Policy and Documentary Film at the National Film Board
Author shows that the National Film Board, born out of a nation-building project, continues to be inextricably involved in the crises of nation, technology, and social scientific knowledge that shape the Canadian cultural landscape.
Based on newly uncovered archival information and a close reading of numerous NFB films, the book explores the NFB's involvement with British Empire communication theory and American social science. Using a critical cultural policy studies framework, Druick develops the concept of "government realism" to describe films featuring ordinary people as representative of segments of the population. She demonstrates the close connection between NFB production policies and shifting techniques developed in relation to the evolution of social science from the 1940s to the present and argues that government policy has been the overriding factor in determining the ideology of NFB films. It offers a compelling new perspective on both the development of the documentary form and the role of cultural policy in creating essential spaces for aesthetic production.
La couleur des films: Dictionnaire chromatique du cinéma
Mille films du patrimoine cinématographique mondial résumés en mille cercles de couleurs grâce à un système d'analyse de film, image par image utilisé par l'auteur. De chaque image, il ne garde qu'un trait coloré et circulaire, d'une infime épaisseur. L'ensemble des milliers de traits, donc d'images, qui composent le film forme un disque résumant l'ambiance colorimétrique de l'intégralité du film.
Found Footage Magazine #3 March 2017
The work of Yervant Gianikian and Angela Ricci Lucchi is a cinema of catalogue, a cinema that displays previously archived images and shapes an enormous inventory of 20th history century. It has been more than forty years since these Italian filmmakers (Gianikian is of Armenian origin) have been recovering, re-filming and re-editing archived films by means of the analytical camera—a re-visualizing tool made ex profeso to manipulate film footage from different sources, either by cutting original frames, reversing images and revealing their negative, modifying speed or manipulating the montage. In this way, by discovering unusual associations among visual documents from different archives, Yervant Gianikian and Angela Ricci Lucchi create new films. The topics covered in their work are both diverse and recurrent: war, fascism, colonialism and racism, science, technological advancements and violence, as well as the links that surreptitiously connect one topic to another. Among them emerges the human body as a commonplace element of each and every one of these images: men and women whose faces and gestures take on a new breath in this visual re-cataloguing of the archive.
Books in alphabetical order
...ABCČDEÉFGHCHIÍJKLMNOPRŘSŠTUÚVWXYZŽ 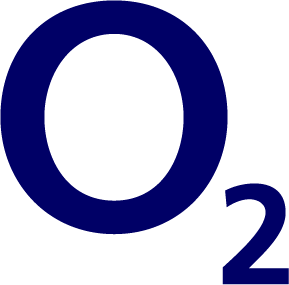