It is currently rather difficult to navigate the vast sea of information that keep on flooding in through all possible channels. Film and electronic media have greatly changed our perception of the world. They are able to imitate reality so closely that the communicated content is much easier to digest, while it is increasingly more difficult to learn to understand and critically evaluate it.

The course is suitable for beginners who want to find out more about the basic building blocks of documentary filmmaking: rules applied to scenes and shots, works with camera, combining video footage with audio tracks and finally creating a film using these elements. Four consecutive lessons will present four basic building blocks of the stylistic aspect of the film and subsequently analyse using film clips some of the most frequent filmmaking techniques. The course will provide guidance on terms and phenomena used during film analysis and teach the participants how to better understand film works. The content of the course is based on the book Film Art: An Introduction by David Borwell and Kristin Thompson.

The course consists of four lessons. The course participants will first learn why it is important to study film and audio-visual theory. After that we will focus on the mise-en-scène – the most easily recognisable and describable film element, the second lesson will then be dedicated to film photography. The third lesson will focus on editing and the course will end with a lesson on the processing of audio tracks in film.

Each lesson will take 90 minutes and given the affinity of the individual topics, we recommend to take part in all four of them. 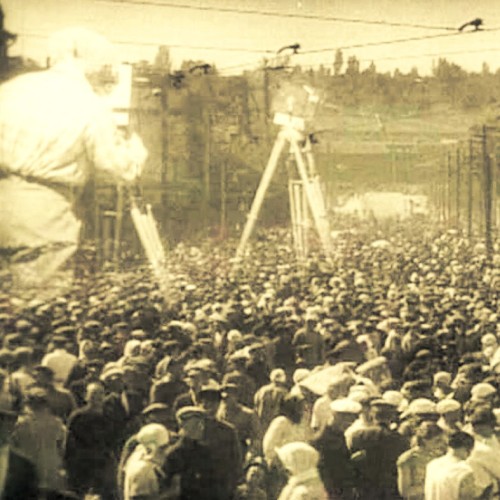 A mise-en-scène represents those film aspects that are present in the film frame, i.e. appear on the screen. Originally deriving from the world of theatre, this term is used to refer to film elements also typical for the theatre: setting, lighting, costumes, expression of the characters, etc. Viewers often consider the quality of the mise-en-scène based on the degree to which it represents reality, which, however, entails certain risks. To insist on this realistic requirement could make us ignore a wide range of possibilities offered by the mise-en-scène. Aside from this realistic motivation, there are also other aspects: comical exaggeration, absurdity, fear from the supernatural or an effort to depict hallucinations. We will also deal with four general aspects of the mise-en-scène: the set, costumes and masks, lighting and staging.

Work with film camera is based on the principle of photography. A cameraman has an endless range of technical means: he or she can work with different contrast, grain, brightness, colours and frame rate. This lesson will present the specifications of black and white and colour material, various image formats and we will learn how the selection of the technological elements affects the resulting form of the piece. We will show in further detail how the individual parameters of the lenses (focal length, depth of field and sharpness) affect the perception of the scene and subsequently the overall understanding of the work, as well as the choice of framing and subjectivity of the recording. Camera work greatly influences the construction of the space in the film constructed in the minds of the viewer when watching the film – which will be illustrated with film clips.

In the stylistic system of the film, editing is considered the most important component. In short – editing represents coordination (conjunction) of two and more takes with the aim to add a sequence and the desirable meaning to the film as a whole. We distinguish between the following types: fade out, fade in, cross fade, wipe and others; the most common and simple type is a jump cut. During editing, it is essential to ensure the correct order of the individual takes according to the size: extreme long shot, long shot, medium close up, close up. We will learn more about relationships between the shots: composition, rhythmical, space and time related. At the end of the lesson, we will introduce the most frequently used principle called continuity editing predominantly applied in classical Hollywood films.

In most of the films, spectators have the impression that the portrayed people and things make appropriate sounds. But the soundtrack is produced separately from the image and it can be (and it usually is) separately manipulated. The sound might actually be the most complicated film component to analyse. The film sound can be used with the aim to support the video component, but it can also go against the purpose of the image. We distinguish several qualities of the sound: volume, pitch, colour and sound. During the production of the soundtrack, sound technicians deal with several dimensions of the sound: rhythm, fidelity, space and the sound perspective.

Mgr. Jan Havran, graduate of Theory and History of Film and Audio-visual Culture at Masaryk University in Brno. In addition to Introduction to Film Studies, he is in charge of CDF’s video library and book databases. He focuses on the history of film distribution and cinematographies of Central and Eastern European countries and the Balkans. Among others, he participated in the shooting of a graduation film of Janáček Academy of Music and Performing Arts in Brno named Orpheus. 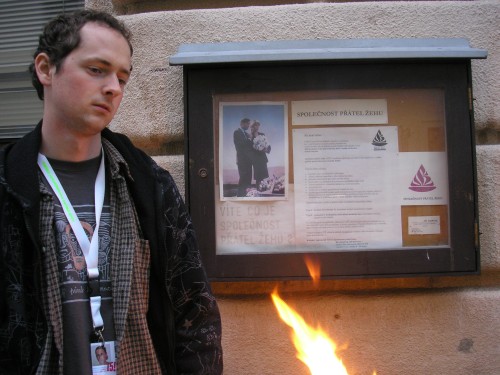