Annotation of the cycle

The main goal of this cycle is to raise interest in documentary film, as a medium to share experiences and as a creative outlet. The content of the individual parts is made up of screened examples and a following analysis of important Czech documentaries of the post-November era: New Hyperion or Liberty, Equality, Brotherhood, Czech Dream, Auto*mat, Nonstop, Graduation in November, The End of Czechoslovakia in Parliament and perhaps some other ones.

The analytical approach towards creative documentary film is expanded with basic practices and practical foundations for the creative process. The attendees have the opportunity to find out more about the practical aspects of shooting documentary films, while critically analyzing them at the same time.

The lessons of the lecturer will be accompanied by a range of film examples, examples from practice and a discussion with the students. Overall, there are 4 lectures and each one has a format for which you should optimally set aside 120 minutes. 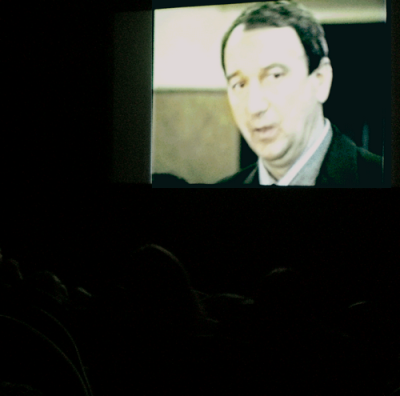 Lecture 1 – Analysis of the work

An example of a documentary piece with a duration of around fifty minutes. Following the screening, the lecturer will explain basic concepts, such as interpretive frame, the principle of linking individual sequences, the author’s point of view, the author’s involvement in the storyline, working with the space etc. One of the aforementioned Czech documentaries will be chosen as an example and the lesson will be concluded with a discussion.

The second lecture will focus on getting the attendees acquainted with a wide variety of documentary film forms using short examples of such. It will demonstrate which differ in terms of structure, or focus. Used films: Graduation in November, New Hyperion or Liberty, Equality, Brotherhood, Bohemia Docta, Marriage Stories, Nonstop, Paper Assassination, and more. Using these examples of different forms, documentary film will prove to be an integral part of cinematography and will dissolve the cliché that many televisions promote (documentary = film about nature). The lesson gives an insight into the social problems of the post-revolutionary period as depicted in documentary film.

Lecture 3 – The Basics of Filming

A practically oriented lesson, where the students learn the basics of camera work (shot types –sizes, angles) and ways of editing. A short feature film excerpt demonstrates editing procedures and types of shots (The Godfather, 1972). The lecture would then be concluded with a short exercise from FAMU, which is conducted in groups of 4-6 people using an ordinary digital camera (depending on the number of students). The aim of the exercise is to combine a list of around twenty different shots into an chosen story. The exercise has interesting results as students become aware of the way individual shots work and their importance.

Lecture 4 – How do we move further?

The last lecture is devoted to evaluating the benefits of the knowledge gained in the course and followed by a discussion. In the next part of the lesson the possibilities the students have to succeed in practice and in the theoretical study of this particular cinematography branch is discussed. The attendees will receive a list of films from cinematography (Czech and international), taking into consideration their availability, and also attached short explanations and notes.

Mgr. et BcA. Martin Kohout, a director, scriptwriter, student of documentary filmmaking at FAMU and graduate of sociology at the Philosophical Faculty of Charles University where he excelled with his diploma thesis focusing on voucher privatisation. During his studies at the Documentary Filmmaking Department, he made award-winning films JUDr. Michal Danišovič and The Invisible Hand of the Market: Privatization of Barrandov that focuses on the topic of the related history of Czech and Slovak Republic. He contributed to the project Ex-premiers with an episode about Vladimír Špidla. In 2015, the Ji.hlava IDFF presented his feature debut The Czech Way. 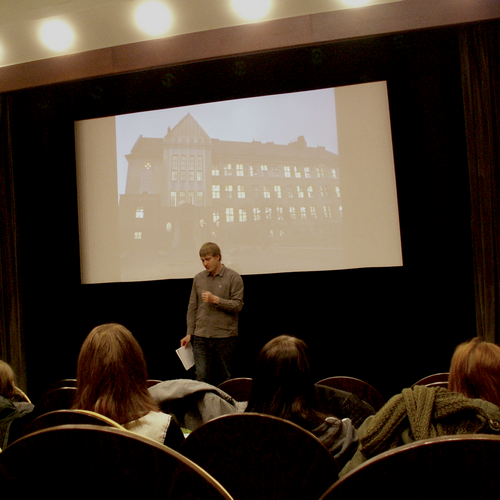