Theoretical-practical workshop offers intensive meetings with the unreality of documentary films and other audio-visual works relating to reality to students and pedagogues, challenging the ingrained views of documentary cinema. It elucidates the circumstances of the production of first films – first film illusions – and offers the unique possibility to be a part of the process of documentary filmmaking.

We recommend to organise the workshop over a single week or to implement individual block in regular, e.g. week-long intervals. Other variations according to time capacities of the particular schools are also possible. The individual blocks can also be divided if needed.

Screening of docu-fiction + work in groups
The group work will help us find and explain the definition of notions such as documentary cinema, reality, objectivity, fiction, authenticity etc. and to challenge the generally adopted concepts. Subsequently, we will discuss six methods used in filmmaking to capture and at the same time to manipulate with reality.

A look back on the history of filmmaking including clips, presentation and a joint effort in searching for answers.
We will again discuss the issue of reality, truth, staging etc. Film clips used in group work:
Lumière Brothers – Workers Leaving the Lumière Factory (explanation of terms “shot”, cinematograph)
Georges Mélies – A Trip to the Moon (first film studio, tricks, effects and action)
Alan Crosland – The Jazz Singer (first sound dialogues)
Robert Flaherty – Nanook of the North (first documentary fiction, staged events)
Dziga Vertov – The Man with the Movie Camera  (a group of Kinooks, editing manipulation)

Screenings of film clips illustrating the individual methods. Introduction to creative techniques used in documentary filmmaking. Students learn how to identify not only what the film is about, how it communicates with the viewers and how it works in various contexts.

Discussed methods (group work):
observation film (based on observation),
investigative (seeking to uncover a mystery or an unknown story),
engaged (presenting a specific perspective of a certain problem and its solution),
diary (capturing the author’s inner environment and inner experience),
visually anthropological (introducing remote and unknown cultures).
We will also focus on the issues of im/possibility of unbiased observation, the limits of propaganda and ethical problems. Each of the methods will be discussed in terms of typical creative procedures, the method of work with means of expression and their influence on film perception and interpretation.

In the presence of sound engineers, students become acquainted with the sound preparation and exploration of the space prior to recording, they learn how to work with sound equipment and technology and practice sound recording.

This lesson is aimed at explaining how to combine sound and image, and how sound and music influence our emotions and shift and influence the interpretation of information. We will also learn what “Wilhelm Scream” means, what are sound banks and sound workshops and what the collaboration between a sound engineer and a director entails. The lesson will feature illustrative film clips. 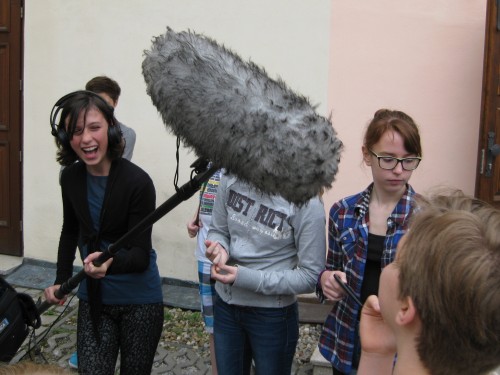 Under the guidance of an experienced Czech cinematographer, students will be introduced to camera types and their function. We will learn what shots can be employed, who to record a dialogue and what role light and lighting conditions play. With the use of a simple video camera, a mobile phone or a photo camera, students in groups will try to make a short film on a specified topic. The block will be accompanied with illustrative clips.

12:00 noon – 1:30 PM Directing
Under the guidance of an experienced Czech documentary maker, we will elucidate the terms “treatment, script, storyboard” and discuss what is encompassed by the simple term “directing”.

We will get acquainted with the basic, commercially available editing programmes and the resulting footage made during the lesson dedicated to camera work and directing, we will conjure up films with a different message and interpretation. Again, the students will have the opportunity to talk to our guest – an experienced Czech film editor. During the workshop’s last lesson, students will watch all of their own works.

Iva Honsová is a coordinator of educational activities of the CDF, a long-term collaborator of the Ji.hlava IDFF and an occasional freelance translator, programme composer and yoga instructor. 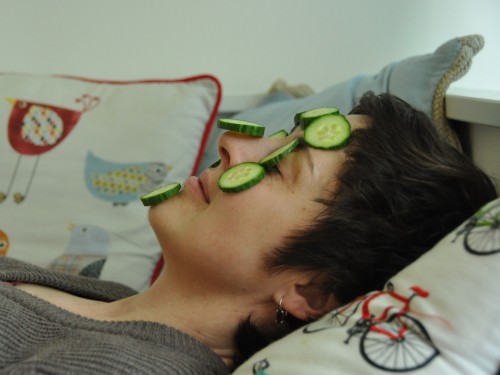 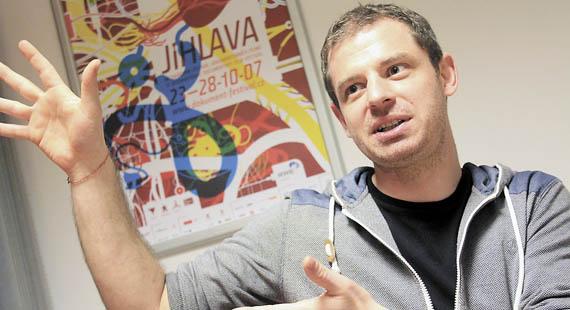 Václav Flegl graduated from the Institute of Musicology at the Faculty of Arts UK and the Sound Department at FAMU, he was also active in Soundsquare. 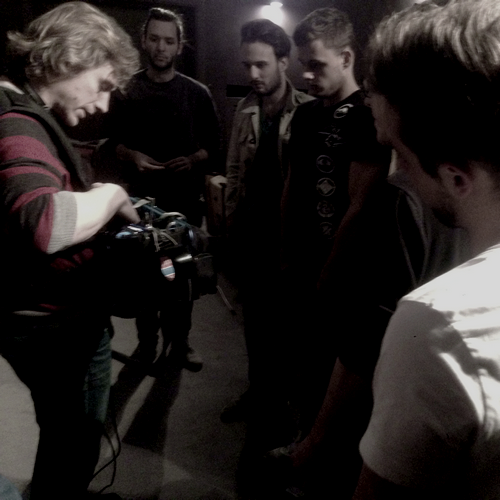