The CDF team is working on several research projects. The first project is a detailed analysis mapping the interest of the upcoming generation of film critics: historians and filmmakers in documentary filmmaking, documentaries various contemporary and traditional forms, methods of production, financing and distribution, function in the society and the cultural sphere, or in publications by prominent directors. We have therefore collected all bachelor’s, master’s and doctoral theses focusing on documentary filmmaking produced at Czech universities and art schools in the past three years.

In the field of research, CDF’s activities are aimed at overviewing, mapping out and analysing the situation primarily in the sphere of Czech documentary filmmaking in the domestic as well as European context. At the same time, CDF follows and analyses  current trends related to the theoretical and critical reflections on documentary filmmaking, these trends are viewed as specific cultural phenomena that gradually penetrate into all audiovisual spheres of today’s society.

In addition to its own projects, CDF also offers research collaboration opportunities to university students and members of the public whose focus is on documentary filmmaking. They can assign CDF to research relevant thematic sources, reviews of their own works and projects, ask for recommendations related to film works, use the Center’s theoretical background for studying and/or viewing of documentary films.  Visitors take advantage of the possibility to bring their research projects to the attention of other professionals in the documentary arena.

If you want to focus on the documentary film phenomenon in your bachelor’s or master’s thesis, register for our project competition! In addition to research and CDF consultation possibilities, you can win a prize of CZK 5,000 (BA thesis) and 10,000 (MA thesis)! Find more information HERE. 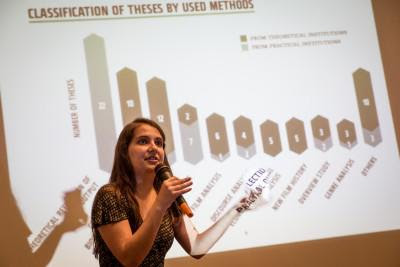 We have therefore collected all bachelor’s, master’s and doctoral theses focusing on documentary filmmaking produced at Czech universities and art schools in the past three years.

26 out of a total of 108 academic works were based on original research. 73 theses were concerned with Czech documentary filmmaking. Students were primarily interested in Czech documentary films, most often analysing Czech Dream, All for the Good of the World and Nošovice, Katka, René and Marcela. Film references were mostly related to films made by Vít Klusák and Filip Remunda, Helena Třeštíková and Miroslav Janek.

It is also noteworthy to look into the sources used by the students in their academic papers: among the most referenced publications were Introduction to Documentary by Bill Nichols and Le Documentaire, un autre Cinéma by Guy Gauthier (both co-published by Ji.hlava IDFF).

The research focused also on the methodology of students’ theses, i.e. the way in which students approached their selected topics (prevailing reflections on practical outcomes, biographical studies and content analyses, however, economic-industrial analyses have also become a trend in the recent years).

Aside from describing the documentary filmmaking practice and analysing particular film works, students  focused on representation methods of the selected topics or groups in documentary film, but also production, financing and distribution mechanisms,  film festivals, and film education.

A detailed report explicating the individual parts of the research will be published soon.

Presentation of the research in pdf format is available here: 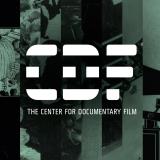